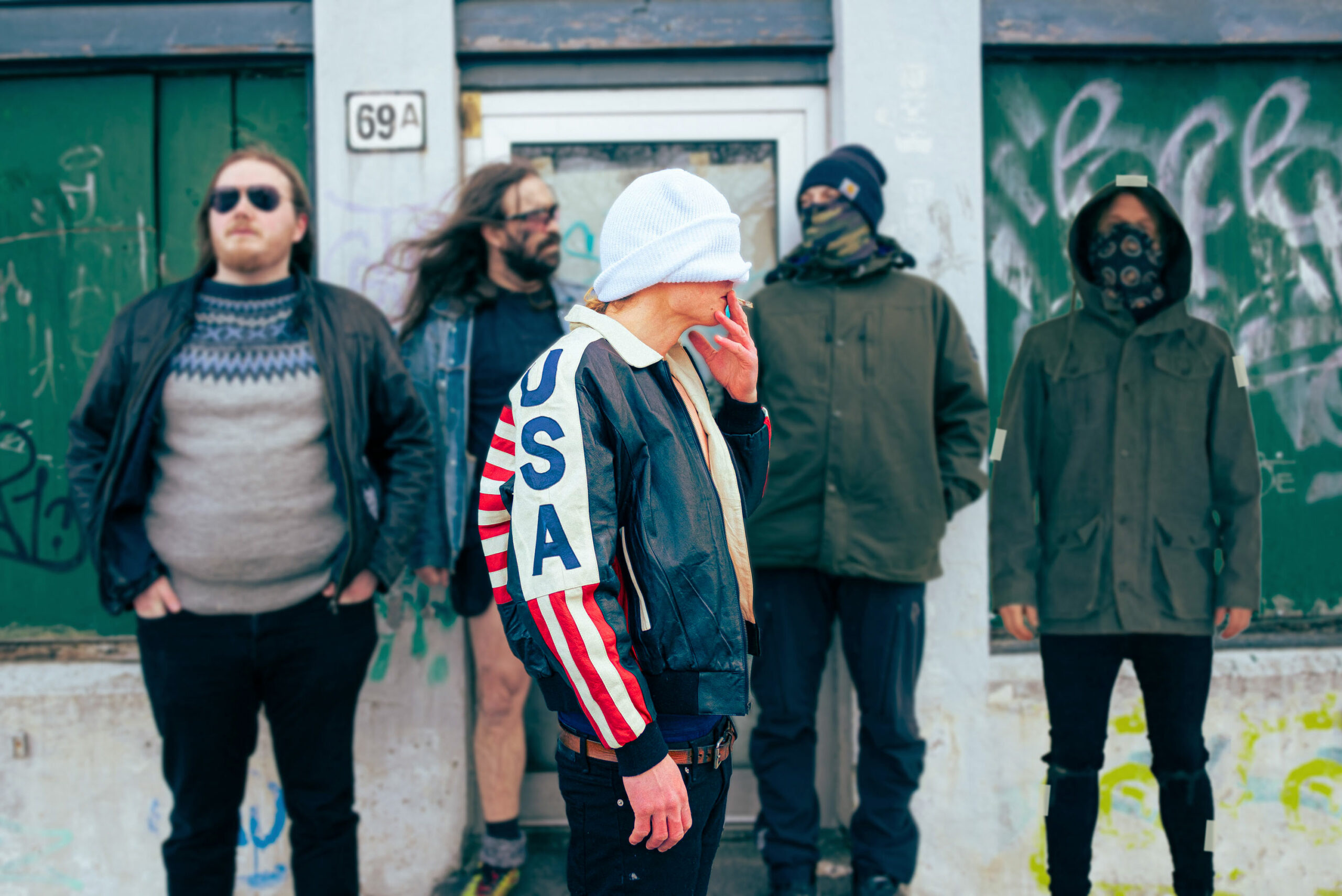 READ THE COMPLETE LYRICS BELOW

Get notified when the album releases!

The release is approaching fast.
Make sure you don't miss out on Exclusive Premieres and more.

Disrespect and prophanities goes out to the global population. We wish everyone the worst, and assure you that we have done our baddest to make this record as awful as humanly possible.

We are forever grateful for the support shown by the great label Flue Plateproduksjon, and Nordsö Records for making this physical edition of our second album possible.

To Wooden Cyclops, the Norwegian Government, Marcel Sage (fuck you!), PAnon, all you shitty Redditors, Instagrammers and meme devourers, the Norwegian Punk & Metal “Scene” (boomers and wankers the lot of you!) and Karl-Erik Wilhelm Tistam: we are happy that we managed to get through this process in spite and despite you all. We are forever ingrateful for your infuriating and weak inspiration.

The whole process started back in April 2019, and nearly ruined our band completely. Grindadrap and Avstralopithecvs ended up in frequent and awkward verbal disasters that eventually caused us three rehearsal spaces, one drummer, burned bridges across the entire “musical” landscape of Norway, a year of insomnia, Avstralopithecvs losing hearing on one ear, one finger, and a torn sphincter.

The title ‘Svartpønk’ (Norwegian for ‘black punk’) is a reflection of our leader, Grindadrap, and his omnipotent eye. As the process with the writing and recording of this album went forward, the group soon saw that none of our lofty visions were possible to translate into music, and thus we ended up dubbing our second album something as lame as a faux genre of punk and metal that means nothing more than one of Avstralopithecvs’ typical castles made of air. It signifies an ambition, and the album as a phonogram signifies the utter and complete failure in achieving this goal.

We regret ever recording these songs, and realize that we are nothing more special than all the rest of the people on this planet. Our visions are childs-dreams, our songs are empty houses, our quest is in vain. The world is caught up in a whirlpool of drama, distraction, speed and meth reasoning, apathy and endless quarrel. People split apart for vain symbols of virtue. People forsake each other for pieces of silver and pride. So it is with pride that we admit our failings in life. And we urge the mighty and powerful Drittfolk, whom we continuosly disappoint, to bear the torch further to unite, to stop, to torch, to smile in the face of opposition. Nothing is won in a single instance, and neither is anything lost. With these words of total non-sense we now leave you with our latest audio-visual failure: ‘Svartpønk’.

Your weak and humble servants of
liberty, disillusion & delusion: